According to the Savills report published in February 2022, over the past decade, Integrated Retirement Communities have become the UK’s predominant form of senior living provision, still the delivery remains low.

The delivery of new senior living homes in the UK is a story in three parts. Between 1970 and 1990, the UK saw an acceleration in delivery, from around 7,500 completions per year to 20,000. This was largely down to local authorities, who developed and operated stock, much of which is now out of date and unattractive to the current generation of retirees.

Between the early 1990s and the global financial crisis (GFC) in 2007/08, only around 5,000 new retirement homes were completed, the vast bulk of which was retirement housing, with little care provision.

Since the post-GFC low, delivery has marginally increased – albeit from a small base. What has been delivered in this period has largely been IRCs with communal spaces and care facilities, in order for occupants to ‘age in place’. Over the past decade around 4,000 IRCs have been delivered annually, which amounts to a little over half of the stock delivered each year.

Whilst IRCs have been around for a while in the UK, it is only more recently that they have started to capture the attention of the public and of investors. As a result, other markets such as the USA and Australia are around 20 years ahead of the UK in terms of development of this sector.

The US passed an inflection point in 2013, where the total number of seniors housing (independent living, assisted living and dementia care) units passed the number of nursing home units.

The former has then continued to accelerate, whereas the latter has seen little growth over the past two decades.

Now, the UK market is starting to see a boom in the delivery of IRCs. Compared to the US market, the UK has a long way to go to catch up, but there are signs that we may be at the beginning of a similar inflection point.

The UK’s penetration rate, measured by the number of IRCs as a proportion of over 65s, is far below that of other western countries. Just 1.0% of those in the UK aged over 65 live in IRCs (otherwise known as ‘housing with care’), compared to 6.5% in the USA and 5.5% in the US and Australia, respectively.

This does, however, mean that the UK has considerable scope for growth. If the UK’s provision rate were to reach 5%, a little less than the US and Australian markets, the IRC sector would grow to around 415,000 homes. That equates to an extra 325,000 homes and around £125bn in value.

If the IRC sector continues to add around 4,000 homes each year, as it currently does, the provision rate would only increase from 1.0% today, to 1.3% by 2030, underscoring the need and potential for significant continued growth in the sector.

Savills examined the 40 largest senior living schemes (a mixture of IRCs and retirement housing) to complete in the UK between 2016 and 2020, all with c.100 homes or more and with over 6,000 homes in the total sample.

Its analysis revealed that the average purchaser of a home in a new build senior living scheme is prepared to move 76% (3.8 miles) further than the average residential new build buyer.

The vast majority (64%) of movers into senior living homes were downsizers. The proportion of people moving into larger properties or a property of a similar size (less than 10% larger or smaller) was the same, at 18% each.

Movers into IRCs also move from larger properties than those moving into retirement housing, with households who move into IRCs moving into homes that are 22% smaller on average than their previous home. 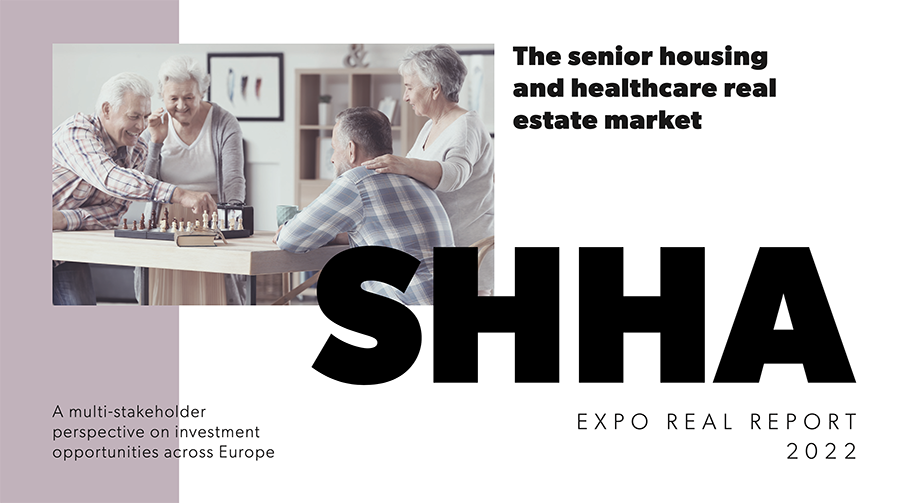 A multi-stakeholder perspective on investment opportunities across Europe. Now available.